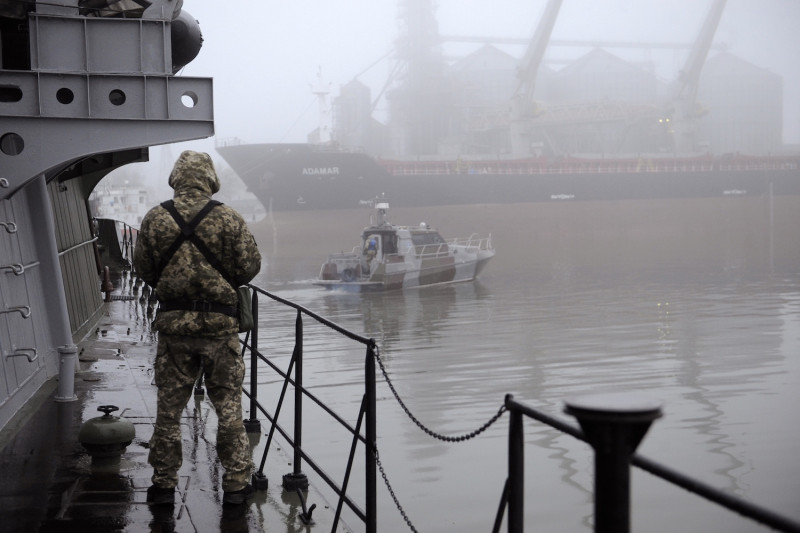 Not many observers would consider the world’s coldest shipping lane a geopolitical hotspot. But that may be about to change. Last week, reports emerged that a new Kremlin policy will require all international naval ships to give Russia 45 days’ notice before entering the Northern Sea Route, which connects the Atlantic and Pacific Oceans via the Arctic waters north of Siberia. Every vessel on the route, where Russia has invested heavily in sophisticated military infrastructure, will also be required to have a Russian maritime pilot on board. Ships found in violation of these restrictions may be forcibly halted, detained, or—in unspecified “extreme” circumstances—“eliminated.”

The Kremlin’s latest threat has gone largely unnoticed, perhaps because it’s no surprise. Russian officials justify the new naval restrictions with a familiar explanation, claiming that “the more active naval operations in the Arctic of various foreign countries” require such a response.

This is the same tactic Russian President Vladimir Putin has used to justify his military adventurism for years: From Georgia in 2008, to Ukraine in 2014, to Syria in 2015, Putin has always laid the blame for Russian aggression squarely at the West’s feet. Kremlin-backed media outlets amplify this message, subjecting audiences to a constant deluge of scaremongering about “NATO encirclement” and pointing to the West’s condemnations of Putin’s actions as evidence of “Russophobia.”

Many wonder what Putin gains from pushing this narrative. In violating international norms, he has become a global pariah. U.S. and European sanctions have dealt serious blows to Russia’s already dismal economy—raising the question of why would Putin pay such a staggering price to carve out a few more pieces of territory.

Those who attempt to answer this question miss the point. In Crimea, eastern Ukraine, South Ossetia, or anywhere else Putin considers Russia’s backyard, territorial gain has never been an end in itself. Putin’s goal today is the same as when he invaded my country in 2008: to tighten his grip on the levers of power in Russia. Whenever Putin’s domestic popularity dips, he either escalates an ongoing conflict or launches a new offensive.

Mikheil Saakashvili is a senior statesman at the Fletcher School of Law and Diplomacy at Tufts University and was president of Georgia from 2004 to 2013.