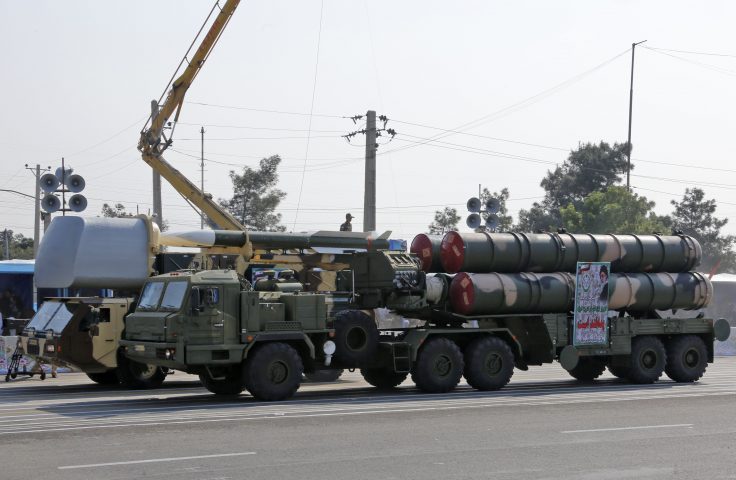 The impending expiration of an international weapons ban on Iran threatens to flood the Middle East with high-tech Russian and Chinese military equipment, a situation that senior Trump administration officials warn will spark an arms race and could ignite a massive regional war.

A United Nations ban on the sale of weapons to Iran is set to expire in mid-October despite a last-ditch effort by the Trump administration to renew it. Senior U.S. officials involved in regional discussions told the Washington Free Beacon that Israel and its traditional Arab foes are united in opposition to the arms embargo lifting.

Without the arms ban, Russia and China are poised to bolster their already close military alliances with Iran, selling the country stockpiles of advanced weapons that will be available to the Islamic Republic’s terror proxy groups, including Hezbollah in Lebanon. Both countries have sold Tehran arms in the past—including aiding its nuclear endeavors—and have been clear in recent months about their desire to amplify the relationship. The Trump administration is trying to block this outcome by invoking a mechanism known as snapback that was written into the nuclear deal. Snapback would reapply a litany of international sanctions on Iran and also ensure the arms ban remains in place.

“Letting the arms embargo expire would set off an arms race in the Middle East,” Brian Hook, who served as the administration’s top Iran envoy, told the Free Beacon following a fresh round of meetings this week with Israel and Gulf Arab leaders. “I have heard that repeatedly from Gulf leaders and Israel during this trip. The permanent members of the Security Council dismissed the request from all six Gulf nations and Israel to extend the arms embargo and add new sanctions on Iran. The council failed.”

Hook vowed the United States would “do the right thing and restore U.N. sanctions on Iran—and that includes the arms embargo.”

Adam Kredo is senior writer reporting on national security and foreign policy matters for the Washington Free Beacon. An award-winning political reporter who has broken news from across the globe, Kredo’s work has been featured in the Wall Street Journal, the Weekly Standard, Commentary Magazine, the Drudge Report, and the Jerusalem Post, among many others.