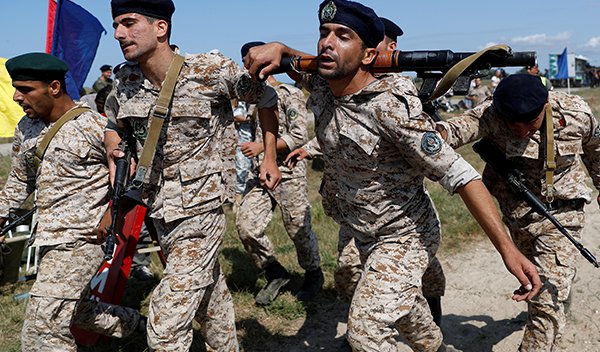 Recent Iranian ship interceptions highlight Iran’s military challenge and continue to drive a regional arms race. Whereas Gulf Cooperation Council states spend lavishly on high-end, off-the-shelf, U.S.-built platforms, decades of sanctions and post-revolutionary strategic decisions to be militarily self-sufficient has led Islamic Republic to focus more on its own indigenous industries. Direct comparisons of defense spending between Arab states and Iran is difficult. While a superficial reading of public statistics shows Saudi and Emirati spending far outstrips Iran’s as a proportion of GDP, it would be a mistake to take public Iranian statistics at face value. Still, post-revolutionary Iran has long embraced asymmetric strategies such as terrorism or perhaps nuclear technologies to counter enemies, both real or imagined.

This should not surprise. Historically, many Middle Eastern countries have approached technology with suspicion, but Iran has been the exception. In the early twentieth century, for example, Saudi clerics resisted first the introduction of the telegraph and then radio. Into the 1970s, some Saudi clerics complained that television was a plot dreamed up in the West to separate Muslim children from God (some savvy clerics subsequently embraced the medium to spread their radical Wahabi perspectives). The Iranian Shah Nasir al-Din (r. 1848-1896) sponsored his own telegraph line in Tehran just over a decade after Samuel Morse laid America’s first long distance line. Both the Iranian government and public readily embraced almost every new generational technology, despite Iran’s often repressive political atmosphere. (The Iranian historian Hussein Ardakani, unfortunately writing only in Persian, chronicled this embrace in his seminal History of the Institutions of a New Civilization in Iran).

The same dynamic has been true regarding the internet. Many Arab countries initially rejected or sought to suppress internet access as much for cultural reticence as politics, but within the Middle East, Iran and Israel stood in sharp contrast. In 1993, Iran became the second country in the Middle East after Israel to connect to the internet.

Michael Rubin is a resident scholar at the American Enterprise Institute, where he researches Arab politics, the Gulf Cooperation Council, Iran, Iraq, the Kurds, terrorism, and Turkey. He concurrently teaches classes on terrorism for the FBI and on security, politics, religion, and history for US and NATO military units.