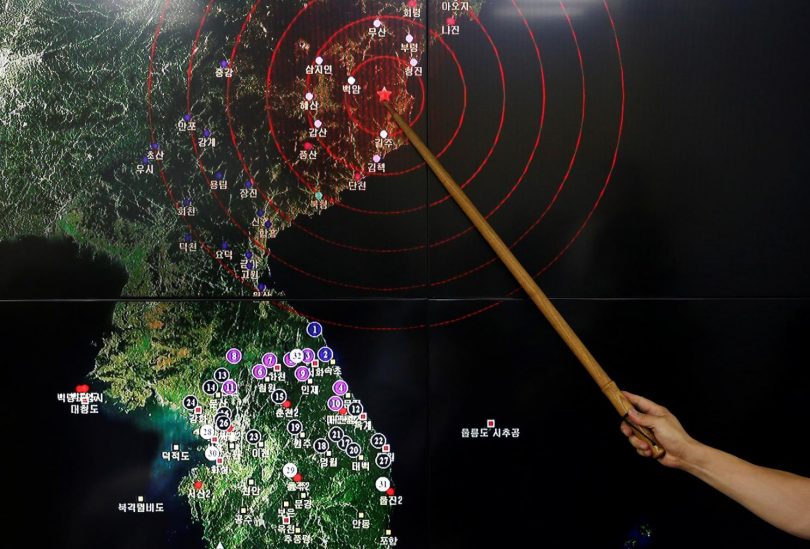 ctivity continues in the uranium-enrichment plant at North Korea’s Yongbyon Nuclear Scientific Research Center, according to one think tank.

38 North’s assessment underscores an uncomfortable truth for the United States and its allies. Despite periodic threats and two high-profile summits, U.S. president Donald Trump has not succeeded in convincing North Korean dictator Kim Jong Un to give up his nuclear-weapons program.

“We continue to see activity around the Uranium Enrichment Complex in terms of vehicles, equipment and personnel arriving and departing. Imagery shows what appears to be a white tanker trailer near the far west end of the complex on February 16 or 17 until the morning of March 27, [2019],” 38 North’s analysts wrote.

The truck departed the next day leaving behind a 20-foot cylinder or shipping container next to the nearby gas centrifuge hall. On May 9, a similar tanker trailer had returned to the same location, and a group of more than a dozen personnel were visible inside the courtyard. On the most recent imagery from May 28, the tanker trailer was no longer present, and different personnel were noted within the complex’s courtyard.

Our observation, that periodic material transport (e.g., possibly to deliver liquid nitrogen) has continued at the Uranium Enrichment Complex over time, provides a new indicator that the complex is operational, and therefore that it is also most likely producing enriched uranium.