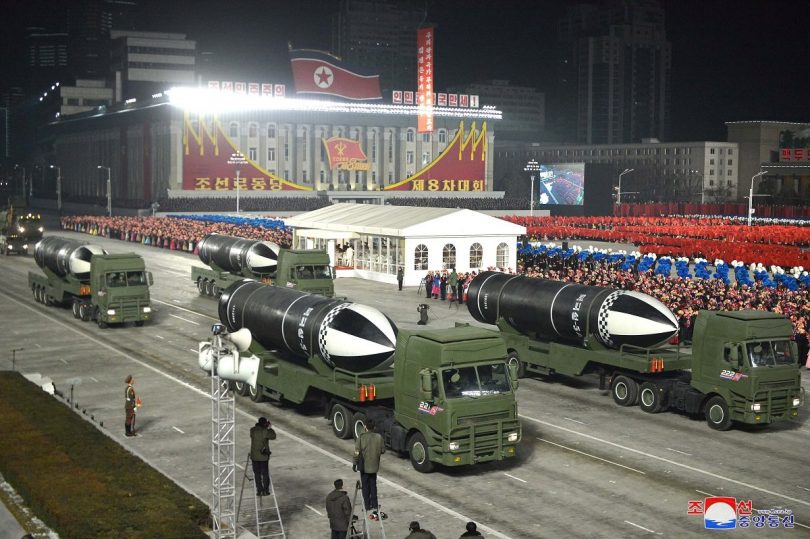 North Korea recently displayed its new “Pukkuksong-5” (Korean for Polaris-5) submarine-launched ballistic missile (SLBM) for the first time, in a mid-January parade marking the conclusion of its Eighth Party Congress. Though this missile appears to be only an incremental change from the “Pukkuksong-4” displayed in October 2020, and we cannot even be sure this design is ready for its first test, it is a sign of continuing progress in North Korea’s missile programs. If this new missile or a similar model is flight-tested—a very real possibility in the coming months—it is likely to enable North Korean progress on two important pathways: toward a solid-propellant intercontinental ballistic missile (ICBM) that could reach the United States, and toward missiles that can deliver multiple nuclear warheads with a single launch.

Given how relatively little progress North Korea has made in its nascent ballistic missile submarine program, it is wise to be skeptical of the military significance of a new SLBM. North Korea has not yet deployed its first ballistic submarine with more than a single ballistic missile launch tube. Even once it added a new submarine with a few launch tubes to its fleet, this would still represent only a tiny fraction of North Korea’s launchers in comparison to the huge investment. However, this missile’s importance clearly extends far beyond its potential use from a submarine.

Given the military advantages of solid propellant, the progression and testing of the Pukkuksong series probably will prove much more important to the future long-term growth in North Korea’s capabilities than the liquid-fueled Hwasong series that garnered so much attention from launches in 2017. Missiles using solid propellant are superior for most military uses than their liquid-fueled equivalents.

Markus V. Garlauskas led the U.S. intelligence community’s strategic analysis on North Korea as the National Intelligence Officer for North Korea from July 2014 to June 2020, after serving in U.S. Forces Korea for twelve years. Following the conclusion of his government appointment as a member of the Senior National Intelligence Service, he joined the Scowcroft Center for Strategy and Security of the Atlantic Council as a nonresident senior fellow affiliated with its Asia Security Initiative.