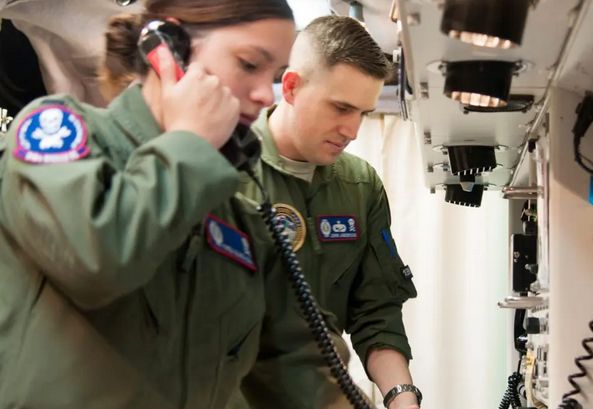 The rhetoric notwithstanding, the US nuclear mission and its analogues around the world rely heavily on people, and people are exactly what the virus is after. Just a few days after Adm. Richard gave his briefing, Newsweek reported that “units feeding [US Strategic Command] have a cumulative 106 uniformed personnel not on duty due to coronavirus, either because of confirmed cases or ‘protective self-quarantine.’” On April 9, Hans Kristensen, director of the Nuclear Information Project at Federation of American Scientists, tweeted that all US nuclear bases except one had confirmed cases of COVID-19.

So, if the world’s nuclear forces have not already felt the strain caused by the pandemic, it is likely only a matter of time until they feel it. In fact, some countries are taking extra precautions to mitigate potential risks. But every country with nuclear weapons has a different calculus to make, and some aspects of these arsenals may be more vulnerable to the virus than others.

The weak points. The United Kingdom’s nuclear deterrent is based on a single platform, its submarines. In early April, the London Times reported that two of Britain’s four nuclear-armed submarines have been under repairs for the last year.

With only two operational submarines left, the British Royal Navy has almost no margin for error in dealing with the coronavirus. Sebastian Brixey-Williams, co-director of the London-based British American Security Information Council, cast the problem in stark terms. The Times report, he wrote, “poses profound questions about how prepared the [Royal Navy] is to cope with the COVID-19 pandemic. Were a Trident submarine to go on patrol only to find that one of its sailors had brought the virus aboard, the captain would have no option but to return to port or else risk the lives of the crew.” This, Brixey-Williams said, could bring about an unprecedented break in the United Kingdom’s round-the-clock deterrence mission, which, at least in theory, needs to be uninterrupted if it is to remain credible.

Read more at Bulletin of the Atomic Scientists

John Krzyzaniak is an associate editor at the Bulletin of the Atomic Scientists. Before joining the Bulletin, he was an associate editor at the journal Ethics & International Affairs, based at the Carnegie Council. His main areas of interest include arms control and non-proliferation on one hand, and politics and culture in the Persian-speaking world on the other. He holds a master’s degree in international affairs from the Georgia Institute of Technology.