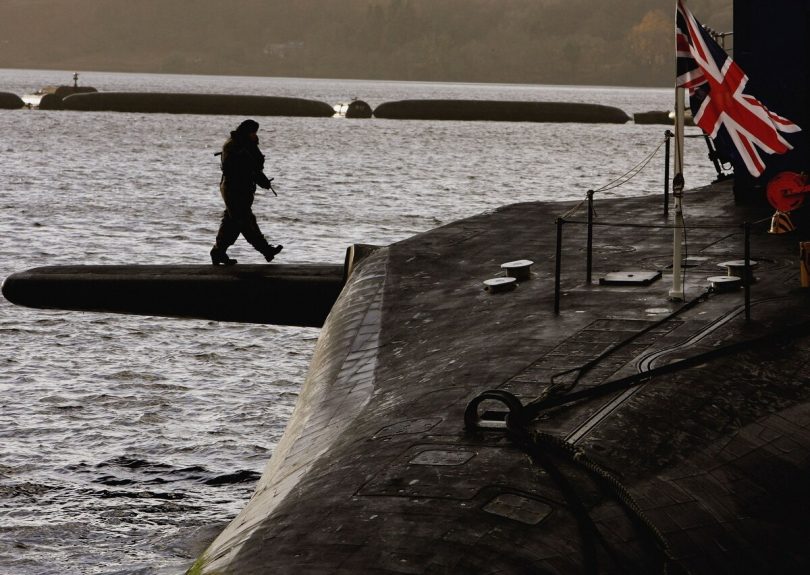 The British government has confirmed it is developing a new nuclear warhead for its missile submarines, days after the U.S. revealed the program was going ahead before Parliament had been informed.

“To ensure the Government maintains an effective deterrent throughout the commission of the Dreadnought Class ballistic missile submarine we are replacing our existing nuclear warhead to respond to future threats and the security environment,” Wallace said.

The announcement was not expected to be made prior to publication of the defense, security and foreign policy review scheduled for late this year. But the Conservative government’s hand was forced when U.S. officials revealed last week the program was up and running.

That caused a stir in the U.K., as high-profile programs like the nuclear deterrent are usually announced in Parliament first. It’s only a courtesy, but if Parliament is not informed first, ministers can be forced to attend the House of Commons to make a statement.

“The decision is basically a forgone conclusion, but the announcement has come sooner than expected. We were looking at probably next year but certainly not before the defense and security review due for release towards the end of the year,” said David Cullen , the director at the U.K.-based Nuclear Information Service, an independent organization promoting awareness of nuclear weapons issues.

Adm. Charles Richard, commander of U.S. Strategic Command, and Alan Shaffer, the Pentagon’s deputy undersecretary of defense for acquisition and sustainment, separately made statements that Britain is pursuing development of its own version of the W93 warhead, which is in the assessment phase for the U.S. military ahead of replacing U.S. Navy W76 warhead.

“It’s wonderful that the U.K. is working on a new warhead at the same time, and I think we will have discussions and be able to share technologies,” Shaffer told an audience at the Nuclear Deterrence Summit, hosted in Washington by ExchangeMonitor.