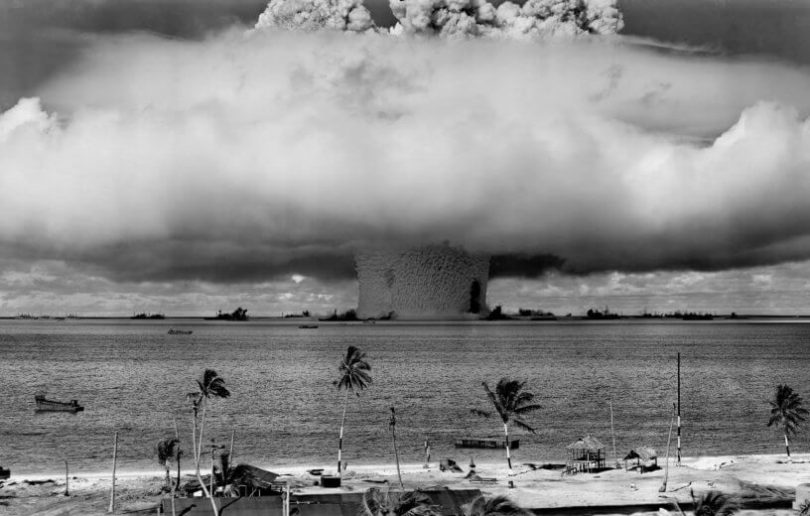 Long gone are the days of the Cold War in which American children were routinely drilled on what to do in the event of a nuclear attack. All these years later, the threat of a nuclear weapon striking U.S. soil is still a possibility, albeit one that isn’t discussed all that often as a real threat. However, countless movies, video games, and other pieces of pop culture have explored the apocalyptic results such an attack would produce, so it wouldn’t be accurate to say that nuclear weapons aren’t somewhat ingrained in our national consciousness. Still, the findings of a new study performed at Stevens Institute of Technology are quite startling when it comes to Americans’ fears and beliefs over a possible nuclear war.

After surveying more than 3,500 Americans, researchers concluded that the average U.S. citizen perceives the current odds of a nuclear attack on U.S. soil at 50%, or essentially coming down to a coin toss. “That’s exceptionally high,” says study author Kristyn Karl, a political scientist at Stevens, in a release. “People don’t generally believe that highly rare events are slightly less likely than a 50/50 tossup.”

Despite this unusually high statistic, the study’s authors also noted that many Americans aren’t inclined to seek out information on nuclear weapons, or prepare for an attack, even if they believe such an event is a possibility.

Using two nationally diverse online surveys, researchers asked participants about their feelings towards nuclear weapons in general, the likelihood of an attack on America, overall media use, and their level of interest in following current events. The research also delved into how these feelings toward nuclear weapons may influence people’s actions (seeking out information, talking to others about their fear, or preparing emergency kits).

Ultimately, the research team are hoping their work, which is part of a larger initiative called the Reinventing Civil Defense Project, can help develop new communication methods to keep a new generation of Americans informed when it comes to nuclear weapons, and in a worse case scenario, actions to take in the event of a legitimate attack.