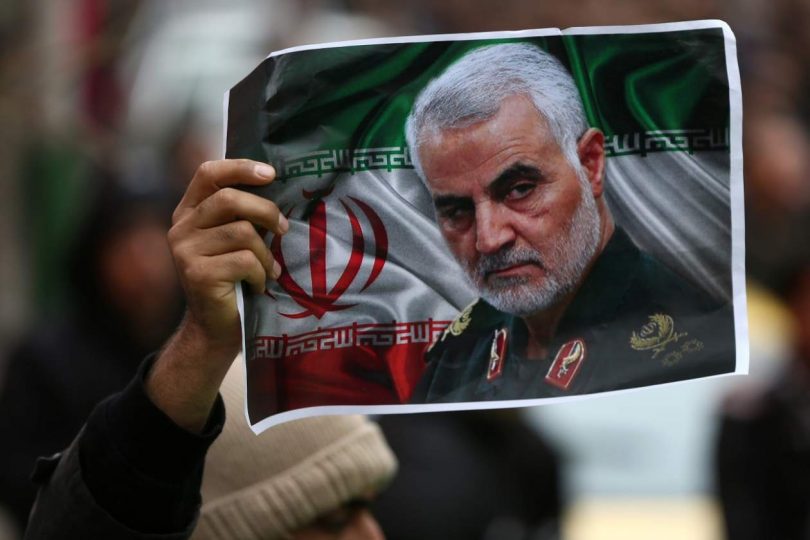 n January 3, President Donald Trump ordered an airstrike that killed Maj. Gen. Qassim Suleimani, the commander of the Quds Force, Iran’s Islamic Revolutionary Guard Corps’ (IRGC) external operations branch. Days later, the regime retaliated by rocketing Iraqi army bases hosting U.S. forces. However, Iran’s truly concerning reaction came when it announced an end to all limits on its uranium enrichment capacity, the percentage of enrichment, stockpiling, and research and development. Tehran likely did this to accelerate its long-standing pursuit of a nuclear weapon—barely impeded by the Joint Comprehensive Plan of Action (JCPOA)—since the strike on Soleimani underscored the inadequacy of its conventional means to deter the United States or regional adversaries.

To Iran, Suleimani wasn’t an ordinary general. Had that been the case, then Tehran could have ended the matter by simply replacing him with a competent successor. In fact, the Quds Force’s new commander, Esmail Qaani, is a skilled officer in his own right.

But Suleimani was more than that. He was a symbol to friend and foe alike, with cultural importance to regime supporters that one Iranian cleric likened to that of Spiderman to American society, were the latter not a fictional character. Hezbollah’s Secretary-General Hassan Nasrallah said Suleimani’s “shoe is worth more than the head of Donald Trump and the entire American leadership.” This isn’t mere hyperbole. Iran and its proxies worked very hard to build up Suleimani’s “cult of personality” among the supporters of its Resistance Axis.

Perhaps the Trump administration understood this. That’s likely why Trump seemed almost conciliatory while addressing the IRGC missile strike, attempting to walk back the impact of Suleimani’s death. True, Trump vowed Iran would never obtain a nuclear weapon on his watch and recounted the litany of Iran’s transgressions. But he also expressed his lack of desire to use U.S. military force against Tehran and offered to resume nuclear negotiations without preconditions. He even signaled his readiness to cooperate with the Islamic Republic against ISIS, “and [on] other shared priorities.”