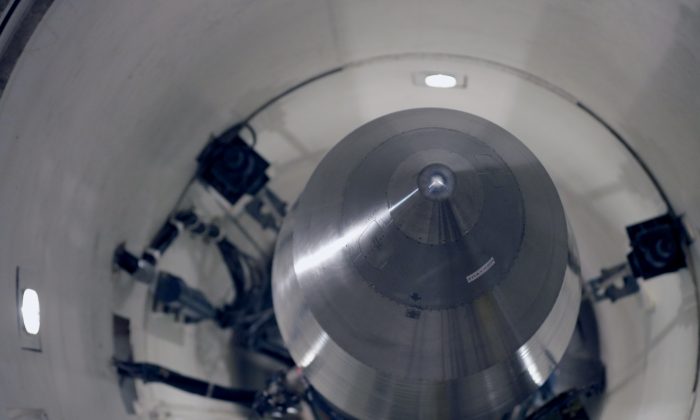 If the United states chooses to eliminate its land-based missiles, as arms control advocates have proposed, it would dramatically and dangerously simplify an adversary’s targeting calculus. The United States would be reducing more than 500 distinct American based nuclear-related targets—including 450 Minuteman silos and 48 launch control centers spread across five American states—down to only five continental U.S. targets—three  USAF bomber bases, and at most two submarines bases—and only roughly 10 targets if U.S. submarines at sea were included.

Modernization of the U.S. strategic nuclear deterrent will require multiple decades to complete. To sustain such an effort, a bipartisan consensus needs to continue annually, regardless of who controls Congress or the presidency.

To succeed at its best, a nuclear modernization effort should be combined with a measurable, but verifiable arms control agenda; either the continuation of existing arms control treaties, expanded arms control efforts, or both.

There are, therefore, growing concerns that with the anticipated demise of the INF treaty, the continuation and extension of the 2010 New Start treaty may be adversely affected as well.

Should the 2010 New Start treaty not be extended, there will cease to be any arms control limits on the deployment of U.S. and Russian nuclear weapons after February 5, 2021 when New Start expires.

Since 1972, beginning with the SALT 1 nuclear arms agreement, the United States and Russia have had limits on the deployment of long range or strategic nuclear weapons. These limits have been deemed important, especially by the American military, to gain a measure of confidence in the nature of any future strategic environment.

Read more at The Epoch Times