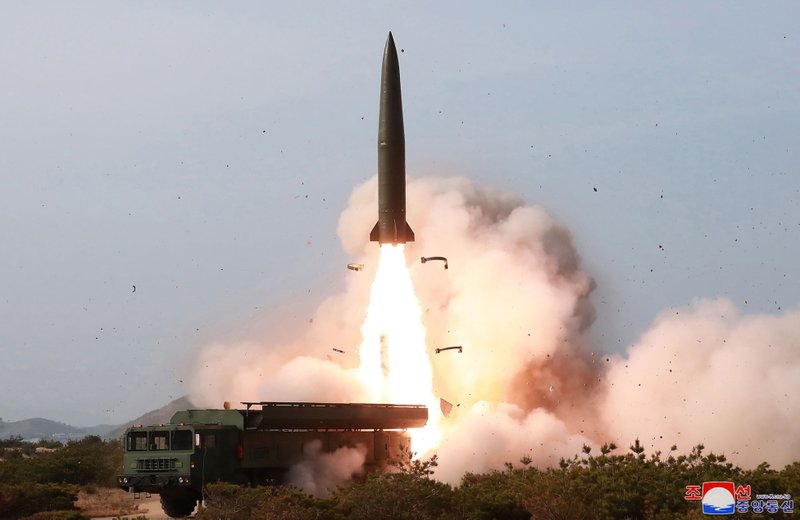 The three new missiles North Korean leader Kim Jong Un has tested over the past week are eerily familiar to military experts: They look just like a controversial and widely copied missile the Russian military has deployed to Syria and has been actively trying to sell abroad for years.

Ending a pause in ballistic missile launches that began in late 2017, and alarming North Korea’s neighbors, Kim personally supervised the launch of the first missile from the country’s east coast on Saturday and two more from the west on Thursday. All splashed down in the Pacific.

The missiles were short-range and the launches do not mean Kim has decided to end his self-imposed moratorium on testing long-range missiles that could reach the United States mainland. They do indicate, however, that Kim is methodically expanding the battle readiness of his missile forces and that could have a major impact on the safety of American allies and U.S. forces in the region.

The missiles bear a strong resemblance to the Russian-designed Iskander, a short-range, nuclear-capable ballistic missile that has been in the Russian arsenal for more than a decade.

“There are Russian technology fingerprints all over it,” said Marcus Schiller, a leading expert on North Korean missiles who is based in Germany.

He added that short of actually procuring the missiles from Russia, the North could have had key parts delivered from somewhere else, perhaps not directly from Russia, while making components such as the outer shell, or airframe, domestically.

The Iskander, or something like it, would be of particular interest to North Korea.

It’s designed to fly at a flattened-out altitude of around 40 kilometers (25 miles) and to make in-flight guidance adjustments. Both capabilities exploit weaknesses in the U.S. and South Korean missile defenses that are now in place, primarily Patriot missile batteries and the THAAD anti-missile defense system.