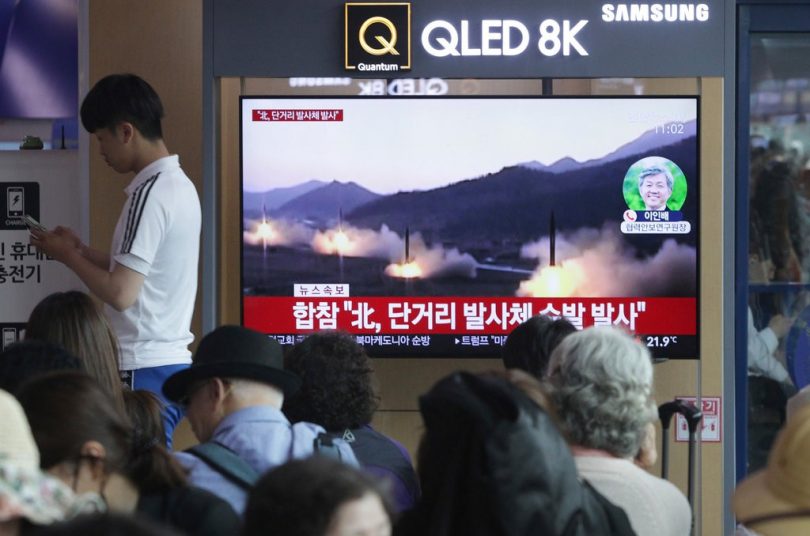 In the weeks before North Korea fired rockets and guided weapons on Saturday, President Trump countermanded the Treasury Department, reversing an announcement that it was tightening economic sanctions against the country.

The reason, his press secretary declared, was that “President Trump likes Chairman Kim and he doesn’t think these sanctions will be necessary.”

Now, nearly a year after beginning a bold experiment in the power of personal diplomacy, Mr. Trump has run headlong into its limits. He has discovered that friendship between leaders of bitter nuclear rivals may produce good television, but that it is not a counterproliferation strategy.

After gaining few tangible economic benefits from two summit meetings, the North’s leader, Kim Jong-un, is now turning to a well-worn playbook written by his father and grandfather. On Saturday, the North fired a volley of projectiles off its eastern coast in a move that analysts said was intended to escalate the pressure on Mr. Trump to return to the negotiating table. And as Mr. Trump heads into the 2020 election, that strategy may threaten what the president has trumpeted as a signature diplomatic initiative, depriving him of the stump-speech moments to declare he brought peace where his predecessors failed.

In truth, the peace never got very far. The North has spent the past year producing more nuclear material and fashioning an unknown quantity of it into new weapons, American intelligence agencies told Congress in late January. And now what the president has described as his biggest achievement on North Korea — a suspension of all nuclear and missile testing — hangs in the balance.

Or so the North appears to be suggesting. The tests conducted on Saturday morning were of “short range” projectiles, South Korean officials said, flying 42 to 124 miles off Wonsan. The distance ruled out the possibility that the country had resumed tests of intermediate- or intercontinental-range ballistic missiles, and the North’s state news agency reported on Sunday that the weapons were rockets and “tactical guided weapons.”