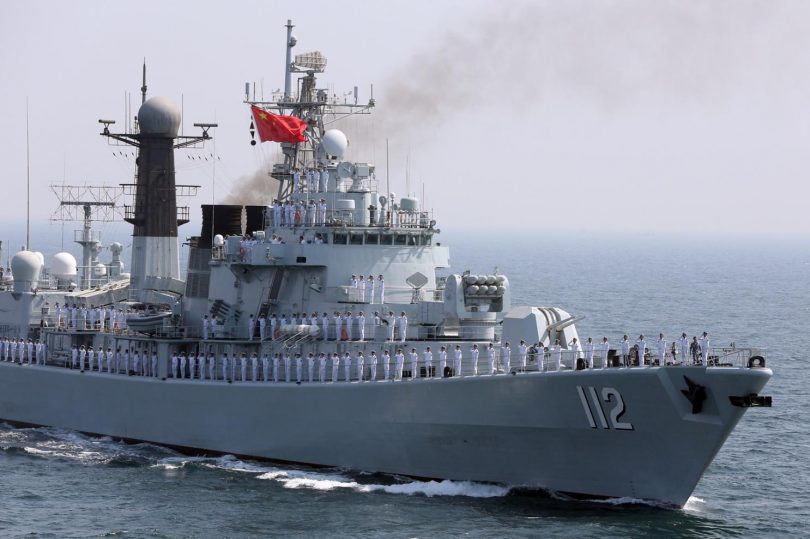 Written by Task and Purpose

This is a good sign for the future of the Navy’s powerful supergun, true. But with the Haiyang Shan prowling the high seas — and tensions between the U.S and Chinese navies  at a boiling point  — this funding may simply be too little, too late.

China’s futuristic electromagnetic railgun may already be the most powerful cannon to ever roam the high seas — ahead of schedule.

In June, a U.S. intelligence assessment  estimated that the Chinese military planned on fielding its own version of the electromagnetic railgun on naval vessels as early as 2025, far outstripping the Pentagon’s  truncated efforts to develop its own version of the much-hyped supergun. Now, new photos appear to show the railgun perched on the bow of its test ship at sea.

This is clearly the Haiyang Shan, the same Type 072III-class landing ship that was  spotted in January 2018 docked at the Wuchang shipyard in China’s central Hubei province, the largest of the People’s Liberation Army Navy’s inland shipyards and a  major production hub  for the country’s conventional submarines.

The Chinese railgun was first developed in 2011 and tested in 2014, but a People’s Liberation Army-run news outlet  claimed in February that the Chinese navy had achieved a “breakthrough” during sea trials for the new railgun. Indeed, the June U.S. intelligence assessment  suggests the supergun underwent trials even earlier than the PLA said, with initial tests underway as early as December 2017.

Meanwhile, the Office of Naval Research was still  trying to figure out how to fire multi-shot salvos  with its version of the railgun amid  budget challenges  and changing research and development priorities  within the Pentagon. As of now, the U.S. Navy has yet to successfully mount the railgun aboard a naval platform, although the service is reportedly  integrating the necessary infrastructure to power the system in its next class of large surface combatant warships.