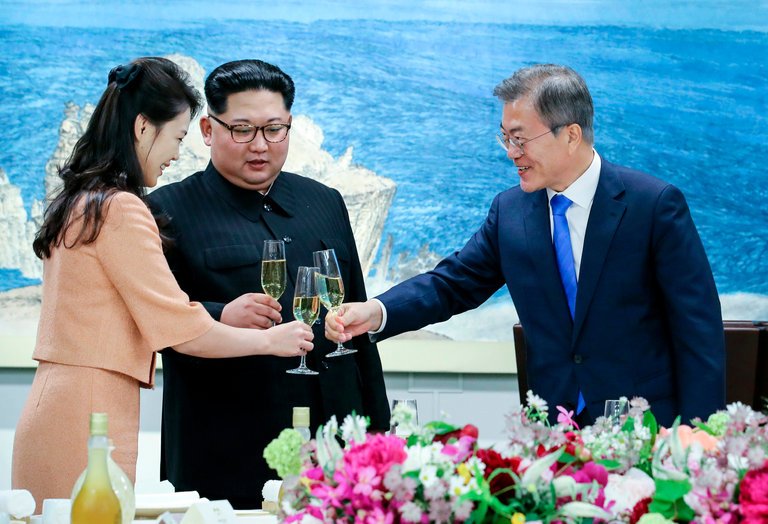 Keeping diplomatic developments coming at a head-snapping pace, the South Korean government said on Sunday that North Korea’s leader, Kim Jong-un, had told President Moon Jae-in that he would abandon his nuclear weapons if the United States agreed to formally end the Korean War and promise not to invade his country.

In a confidence-building gesture ahead of a proposed summit meeting with President Trump, a suddenly loquacious and conciliatory Mr. Kim also said he would invite experts and journalists from South Korea and the United States to watch the shutdown next month of his country’s only known underground nuclear test site.

In Washington, Trump officials spoke cautiously about the chances of reaching a deal and laid out a plan for the dismantling of the North’s nuclear program, perhaps over a two-year period.

That would be accompanied by a “full, complete, total disclosure of everything related to their nuclear program with a full international verification,” said John R. Bolton, Mr. Trump’s new national security adviser.

The apparent concessions from the youthful leader were widely welcomed as promising signs of ending the standoff on the Korean Peninsula, frozen in place since fighting in the Korean War ended 65 years ago.

But skeptics warned that North Korea previously made similar pledges of denuclearization on numerous occasions, with little or no intention of abiding by them. Mr. Kim’s friendly gestures, they said, could turn out to be nothing more than empty promises aimed at lifting sanctions on his isolated country.

A South Korean government spokesman, Yoon Young-chan, provided remarkable details of a summit meeting the two Korean heads of state held on Friday, when Mr. Kim made history by becoming the first North Korean leader to set foot in the South.

“I know the Americans are inherently disposed against us, but when they talk with us, they will see that I am not the kind of person who would shoot nuclear weapons to the south, over the Pacific or at the United States,” Mr. Kim told Mr. Moon, according to Mr. Yoon’s account.