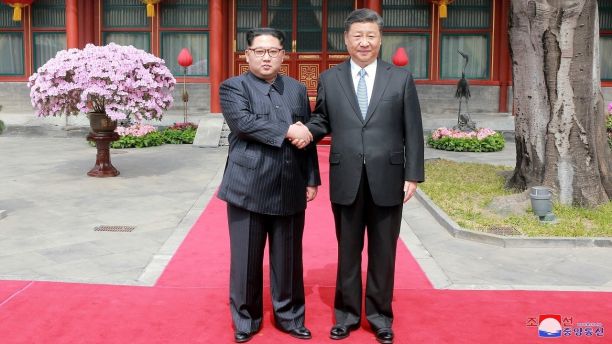 The mysterious meeting Kim Jong Un was summoned to in Beijing this week likely saw China’s president remind the North Korean dictator who his real patron is ahead of talks with the U.S., according to experts.

Kim and his wife, Ri Sol Ju, made a surprise visit to Beijing on Monday, arriving on a mysterious green train that sparked rumors the North Korean first family was in China. The trip was planned in the weeks after President Trump announced he had accepted the despot’s invitation to meet by May, Yun Sun, who runs the East Asia program and the China Program at the Stimson Center, told Fox News.

“We know that China has rejected a request for a visit by North Korea in the last six years,” Yun Sun told Fox News on Wednesday. “It has not happened up until this point. What has changed is that this trip happened relatively quickly, after Kim reached out to Trump.”

Sun said that, after the stunning announcement of a U.S.-North Korea summit, China likely demanded an explanation about why it was left out of the talks, developing anxiety the U.S. and North Korea were engaging in secrete dialogue. She said the March 9 announcement was a major “catalyst” for China inviting North Korea to Beijing.