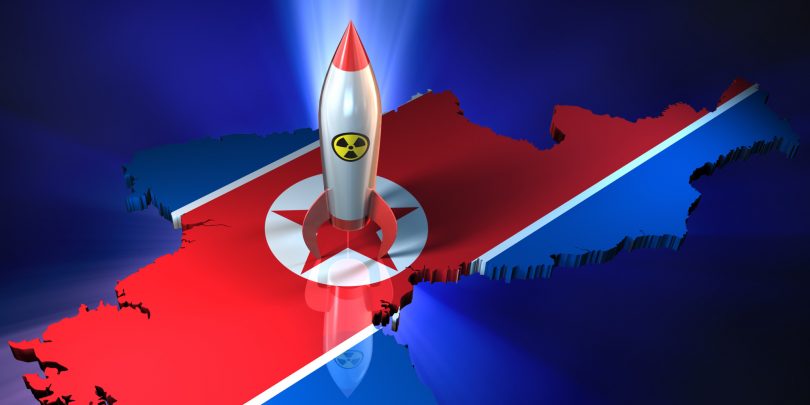 Just a few days earlier, we issued a DEFCON update which cautioned that – just because North Korea was out of the news – North Korea had not stopped developing its nuclear programme.

It didn’t take long for that warning to be shown to be true.

On November 28, 2017, North Korea tested a missile with a theoretical range that would put the entire continental United States within its reach.  More frighteningly, North Korea claims it was loaded with a test load simulating the weight of a nuclear warhead.  If this is true, North Korea’s claims would seem to be valid.

There is some good news to be had.  Some have theorized that North Korea purposed the recent test to ensure the least possible chance of a military response by the United States.  They didn’t shoot it over Japan, they didn’t shoot it near a U.S. territory like Guam, and they have not gone ahead with a threatened atmospheric test of a nuclear weapon.

Nevertheless, this also should remove any doubt that North Korea is continuing their nuclear development.

The partial destruction of their Punggye-ri Nuclear Test Site has slowed them down.  They will be unable to do any more underground testing until they repair the site.  At the moment, they are working on a secondary wing.  Once complete, they can resume nuclear testing.  Some experts believe that North Korea has passed the point of needing to conduct any further underground testing, and further developments can be done simply by computer.

This brings us to the question that has hamstrung the world: How do you stop North Korea?

The simple fact of the matter is: You can’t.

Sanctions won’t work.  North Korea is remarkably resilient at resisting sanctions.  The country places no value on its citizens, and even low-level military personnel are sacrificed for the State.  The citizenry is so brainwashed by propaganda that they have no idea that there is a better alternative.  All they know is what they are told, and they are told that things are great and that the Outside World is Evil.  What else would someone in their position do besides sacrifice?

Of course, North Korea has help beating the sanctions.  China imposes sanctions but helps North Korea get around some of them.  Russia also is a hole in the sanctions barrier.  Then there is Iran as well, both helping and benefiting from North Korea in their own pursuit of nuclear weapons.

So if not sanctions, then what?

You have either war or a nuclear North Korea.  Is either choice acceptable?

Go to war and you have South Korea a tasty target, with millions in the bull’s-eye.  The United States itself can come under attack.  Everyone has waited so long to stop North Korea that it is now too late.  Even if a missile lobbed by North Korea is inaccurate, a nuclear detonation off target is not really much better than a direct hit.

South Korea doesn’t want to attack.  The United States can’t attack without enduring the condemnation of the world, the loss of South Korea, and conflict with China.

The choices are few:

Thomas Lonely Wolf is the Director of The DEFCON Warning System, a GeoIntel company which specializes in the threat of nuclear war.