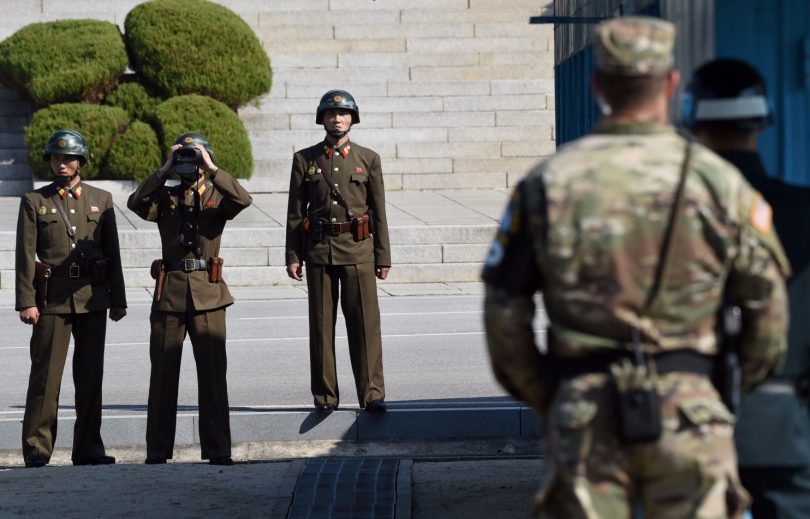 The only way to locate and secure all of North Korea’s nuclear weapons sites “with complete certainty” is through an invasion of ground forces, and in the event of conflict, Pyongyang could use biological and chemical weapons, the Pentagon told lawmakers in a new, blunt assessment of what war on the Korean Peninsula might look like.

The Pentagon, in a letter to lawmakers, said that a full discussion of U.S. capabilities to “counter North Korea’s ability to respond with a nuclear weapon and to eliminate North Korea’s nuclear weapons located in deeply buried, underground facilities” is best suited for a classified briefing.

The letter also said that Pentagon leaders “assess that North Korea may consider the use of biological weapons” and that the country “has a long-standing chemical weapons program with the capability to produce nerve, blister, blood and choking agents.”

The Pentagon repeated that a detailed discussion of how the United States would respond to the threat could not be discussed in public.

The letter was written by Rear Adm. Michael J. Dumont, the vice director of the Pentagon’s Joint Staff, in response to a request for information from two House members about “expected casualty assessments in a conflict with North Korea,” including for civilians and U.S. and allied forces in South Korea, Japan and Guam.

“A decision to attack or invade another country will have ramifications for our troops and taxpayers, as well as the region, for decades,” Ted Lieu (D-Calif.) and Ruben Gallego (D-Ariz.) wrote to the Pentagon. “We have not heard detailed analysis of expected U.S. or allied force casualties, expected civilian casualties, what plans exist for the aftermath of a strike — including continuity of the South Korean Government.”