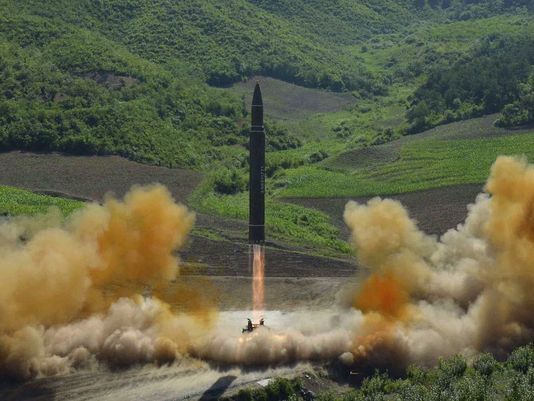 North Korea’s rapid march to develop a nuclear-armed ballistic missile capable of striking the United States has spurred the U.S. military and Congress to ramp up efforts to counter the threat.

The U.S. technological race is happening on the ground, at sea, in the air and in space. But military planners say the greatest benefit of the massive missile defense effort is to deter North Korea from contemplating a strike.

“Missile defense buys you time and opens windows,” said Todd Harrison, director of the Aerospace Security Project at the Center for Security and International Studies. “The way you protect yourself from a missile attack is through deterrence. You show your adversary that you can hold them off and strike back at them.”

North Korea’s latest missile launch on July 4 was its first intercontinental ballistic missile. The Hwasong-14 had a maximum range of about 4,163 miles, meaning it could hit targets in Alaska but not the contiguous U.S. mainland or the larger islands of Hawaii in the Pacific Ocean.