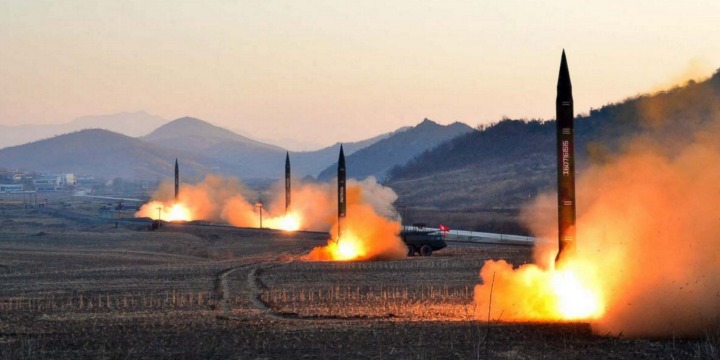 Israel is anxiously observing the escalating international crisis over North Korea’s nuclear program, paying particular attention to its implications for Iranian behavior, a policy paper released this week by one of the Jewish state’s leading strategic think tanks stated.

“Concern exists that American restraint and continued provocative North Korean behavior would signal to Tehran that a country determined to cross nuclear red lines is able to do so, even in face of American opposition,” wrote prominent defense analysts Amos Yadlin and Avner Golov in The North Korean Challenge: Insights for the Middle East from the Far East, published by Tel Aviv University’s Institute for National Security Studies (INSS).

Moreover, the authors argued, the basic dynamics of the crisis are playing to the advantage of North Korea — and also Iran.

“The crisis surrounding North Korea’s missile program in effect presents a model of a balance of terror against Washington’s allies, based on support for a determined nuclear policy from a global power that is a United States rival,” the paper said. “Strengthening Iran’s ability to threaten Israel and the Arab Gulf states directly and through proxies, combined with the rapprochement and growing coordination between Iran and Russia, conforms to this model. According to the model, it is worthwhile for Iran to continue developing its nuclear capabilities and its missile program in order to attain a nuclear deterrent.”

Iranian actions along these lines have already been visible in the field. Syrian opposition sources reported at the end of June on what they alleged was a new Iranian facility manufacturing long-range missiles in the town of Wadi Jahannam, located in territory controlled by the Damascus regime. Managed by the “Syrian Scientific Studies and Research Center” — the government entity identified by the US Treasury Department as  responsible for the manufacture of chemical and biological weapons unleashed by Bashar al-Assad’s regime upon its own people — the facility is said to be under direct Iranian oversight.