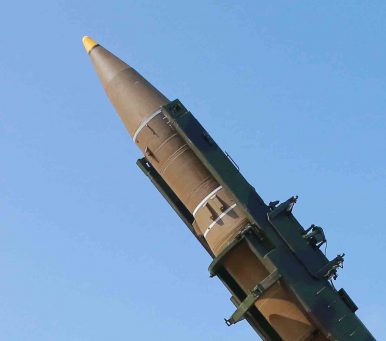 The United States, Japan, South Korea, and North Korea all agree that, last week, North Korea successfully flight tested an intercontinental ballistic missile (ICBM) that it calls the Hwasong-14. A U.S. government source with knowledge of the Hwasong-14 launch confirmed to The Diplomat that the United States currently assesses the missile’s range as falling in the 7,500 to 9,500 kilometer range. The upper bound of that range would allow the Hwasong-14 to reach major U.S. cities on the country’s west coast, including Seattle, San Francisco, and Los Angeles. By any measure, this new North Korean missile qualifies for the ICBM label.

However, this same missile, which the United States government has designated the KN-20, is not being assessed as an ICBM by Russia, which last week blocked the United Nations Security Council’s condemnation of North Korea on the grounds of its disagreement about the nature of the missile and its range. China, meanwhile, has “noted relevant reports” about the Hwasong-14 launch, but has not yet called it an ICBM publicly; Beijing is “trying to get more information,” according to its Foreign Ministry spokesperson.

Are there grounds for reasonable doubt that North Korea launched an ICBM? Well, not quite.

The relevant data points for extrapolating a missile’s demonstrated minimum range — its apogee, range, and flight time — all came through shortly after North Korea tested the Hwasong-14 courtesy of South Korean, Japanese, and U.S. government sources. Keep in mind that North Korea tests its long-range missiles using a “lofted” trajectory, meaning that it fires them at a sharp angle to avoid overflying its neighbors. In 1998, North Korea launched a Taepodong-1 rocket technology demonstrator, overflying Japan. That test ultimately led to a negotiated moratorium on North Korea’s missile testing that broke down in 2006. But since the Taepodong-1 episode, North Korea works to avoid overflying Japan with its eastward-flying projectiles.

The Russians, however, are maintaining that North Korea did not launch an ICBM at all, but something else entirely, based on data presumably collected by their own early warning radar systems.

Read more at The Diplomat

Ankit Panda is an editor at The Diplomat. He writes on security, politics, economics, and culture.