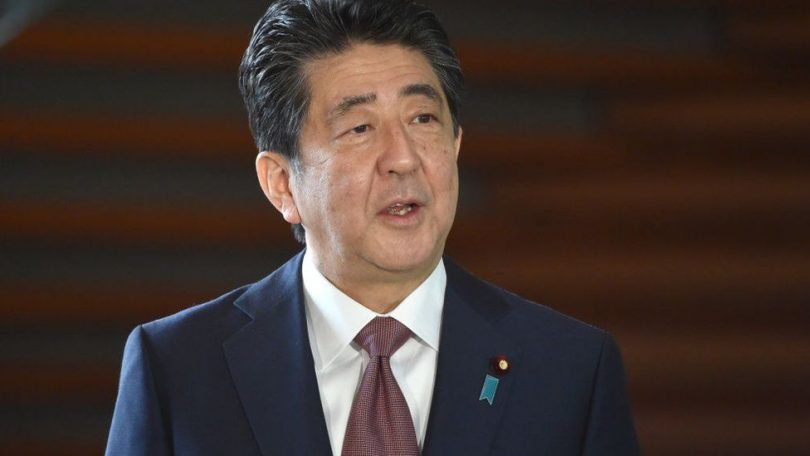 How could Japan ever contemplate getting nukes? It’s a ridiculous idea. Japan is the only country in the world to have suffered a nuclear attack. Twice. Japan acquiring nuclear weapons is unthinkable. The people would never accept it. Right?

Or so the story has gone for the last 77 years.

But in the last few weeks one Japanese politician has started suggesting otherwise. He is Shinzo Abe, Japan’s longest serving post-war prime minister. Mr Abe has begun saying loudly and publicly that Japan should, indeed, think seriously and urgently about nuclear weapons.

What we are talking about here is a fundamental break with Japan’s post-war commitment to pacifism – something enshrined in its post-war constitution.

But it’s no coincidence this call-to-arms has come just as Russia has invaded Ukraine.

For those, like Mr Abe, who have long yearned for a fully re-armed Japan, the invasion of Ukraine serves as a useful example of what can happen to countries that don’t defend themselves properly against bigger, better armed and more aggressive neighbours.

Richard McGregor of the Lowy Institute in Sydney and author of Asia’s Reckoning believes Abe thinks the time is right to push genuine debate in Japan and get on to the serious work of really trying to persuade the Japanese public.

“I think that’s the holy grail here. I think he wants to try and move public opinion, which has been frankly pretty stubborn,” he told the BBC.

Pretty stubborn is an understatement. A survey conducted last year found 75% of Japanese want the country to sign the Treaty on the Prohibition of Nuclear Weapons.

Mr Abe’s call for a nuclear debate was met with outrage from atom bomb survivors’ groups in Hiroshima and Nagasaki. Current Prime Minister Fumio Kishida (who is from Hiroshima) was quick to slap down his predecessor, calling Mr Abe’s suggestion “unacceptable”.