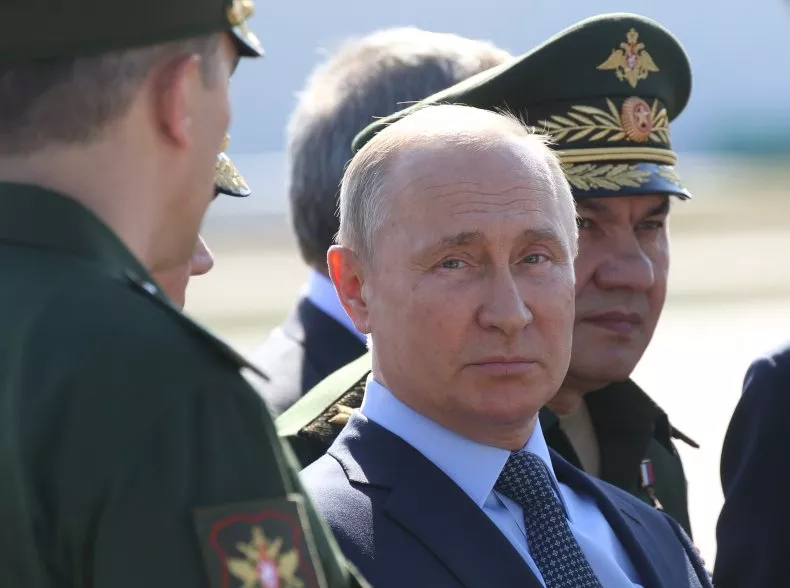 Despite the prevalence of opinions that Vladimir Putin has lost his mind, nuclear weapons experts continue to see the Russian president as a rational man who isn’t willing yet to risk the severe consequences of using a nuclear weapon on Ukraine.

Putin is growing increasingly isolated as the assault on Ukraine nears its third week, and the Russian leader’s decision to put his nuclear forces on high alert has raised fears about how far he might go. But 10 nuclear weapons experts Newsweek spoke to consider it unlikely that he would hit the nuclear button because he can achieve his goals in Ukraine without doing so. Also, such an extreme measure could hurt the president’s ability to hold on to power if a challenger emerges who will use the war against him.

“I don’t think that the Russian leadership and Putin are irrational actors,” John Erath, senior policy director for the Center for Arms Control and Non-Proliferation, said. “The use of a nuclear weapon would lead to the possibility of a response that would be disastrous for all.”

The invasion of Ukraine prompted some to call Putin’s mental capabilities into question. Former Secretary of State Condoleezza Rice told Fox News recently that Putin seems “different” and “erratic,” as opposed to the “calculating and cold” man he once was. Former Secretary of Defense Robert Gates characterized Putin in an interview with CNN as a man who’s “gone off the rails.”

Speculation about Putin’s mindset has raised concerns about the potential for the conflict in Ukraine to turn nuclear, but doing so would come at such a significant cost that experts don’t see it happening. Although Ukraine isn’t a NATO member, the deployment of a nuclear weapon after 77 years would be such a cataclysmic event that it would force the West to respond.

Whether that would be in more significant economic sanctions or even military retaliation is not predictable, but Putin is feeling pressure over the Ukrainian invasion, and he could risk losing power if the political tides turn against him. He also risks straining his relationship with China, the one leading world power that hasn’t condemned his attack on Ukraine.

Jenni Fink joined the Newsweek team in July 2018 and is a staff writer on the breaking news team. She graduated from the University of Arizona and had her first book, "Sentenced to Life," published in 2015.