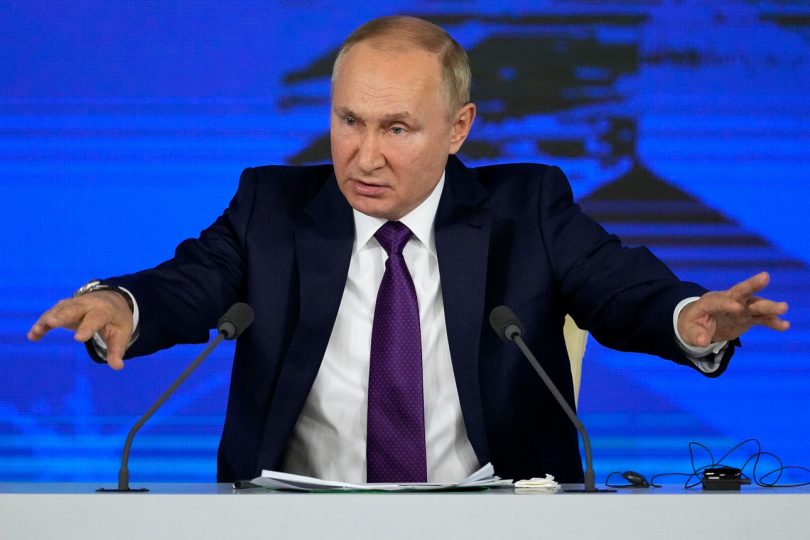 or many people, watching the Russian invasion of Ukraine has felt like a series of “He can’t be doing this” moments. Russia’s Vladimir Putin has launched the largest ground war in Europe since the Second World War. It is, quite literally, mind-boggling.

That’s why I reached out to Fiona Hill, one of America’s most clear-eyed Russia experts, someone who has studied Putin for decades, worked in both Republican and Democratic administrations and has a reputation for truth-telling, earned when she testified during impeachment hearings for her former boss, President Donald Trump.

I wanted to know what she’s been thinking as she’s watched the extraordinary footage of Russian tanks rolling across international borders, what she thinks Putin has in mind and what insights she can offer into his motivations and objectives.

Hill spent many years studying history, and in our conversation, she repeatedly traced how long arcs and trends of European history are converging on Ukraine right now. We are already, she said, in the middle of a third World War, whether we’ve fully grasped it or not.

“Sadly, we are treading back through old historical patterns that we said that we would never permit to happen again,” Hill told me.

Those old historical patterns include Western businesses who fail to see how they help build a tyrant’s war chest, admirers enamored of an autocrat’s “strength” and politicians’ tendency to point fingers inward for political gain instead of working together for their nation’s security.

But at the same time, Hill says it’s not too late to turn Putin back, and it’s a job not just for the Ukrainians or for NATO — it’s a job that ordinary Westerners and companies can assist in important ways once they grasp what’s at stake.

“Ukraine has become the front line in a struggle, not just between democracies and autocracies but in a struggle for maintaining a rules-based system in which the things that countries want are not taken by force,” Hill said. “Every country in the world should be paying close attention to this.”

Maura Reynolds is a senior editor at POLITICO Magazine.