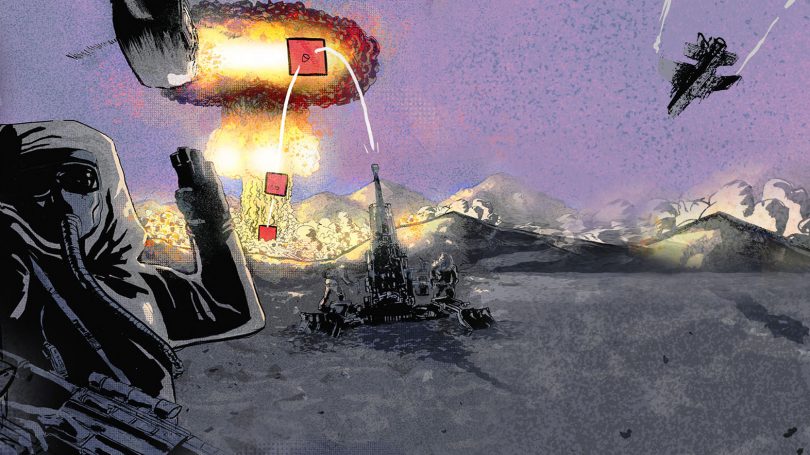 The first sign of a 21st Century nuclear war might be command post sensors lighting up and aircraft radios buzzing as pilots notice a strange-looking cloud forming. Heat rises as ground troops a few dozen miles away feel the winds shift.

Satellite communications are out. So are some ground links.

Forward deployed troops would see the intelligence finally come streaming in, followed by orders from the Combatant Command — strike back, use our tactical nukes if you must. And by the way, some unlucky troops will need to roll into that area to assess the damage, counterattack and aid any survivors.

The world has not seen a nuclear strike in combat since 1945. But a nuclear attack from an enemy — and potential U.S. counter strike — is a scenario that’s drawing renewed attention from the Defense Department as the military prepares for the grim prospect of full-scale combat operations involving nuclear weapons.

“All the complicating factors of a nuclear exchange just accentuates whatever problem you would have in a normal hostile environment, with a level of complexity that is an order of magnitude more difficult,” Carlisle told Military Times in a recent interview.

For the first time in decades, incorporating tactical-level targeting and being able to run maneuver operations in a post-nuclear blast area have returned to the thinking of even the lowest-ranking troops. Something most operational planners have ignored for decades.

The Pentagon’s new plans were outlined in detail when the Pentagon recently published its new 60-page “Joint ­Publication No. 3-72 Nuclear Operations” online. The ­document, prepared at the request of the Chairman of the Joint Chiefs of Staff, was briefly available to the public but soon removed and placed in an online catalogue of “for official use only” documents.

Todd South is a Marine veteran of the Iraq War. He has written about crime, courts, government and military issues for multiple publications since 2004. In 2014, he was named a Pulitzer finalist for local reporting on a project he co-wrote about witness problems in gang criminal cases. Todd covers ground combat for Military Times. Stephen Losey covers leadership and personnel issues as the senior reporter for Air Force Times. He comes from an Air Force family, and his investigative reports have won awards from the Society of Professional Journalists. He has traveled to the Middle East to cover Air Force operations against the Islamic State.