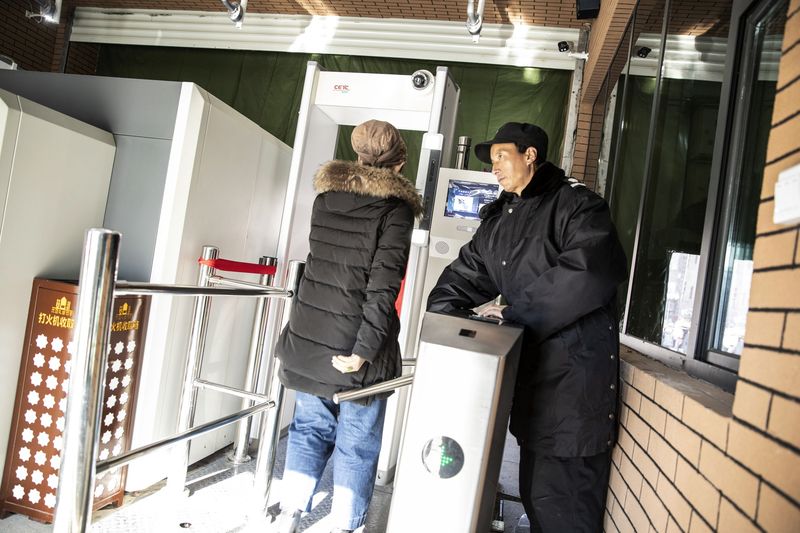 A mobile app used by police to track citizens in China’s far west region of Xinjiang shows how some of the country’s biggest technology companies are linked to a mass surveillance system that is more sophisticated than previously known, according to a report from Human Rights Watch.

The app uses facial recognition technology from a firm backed by Alibaba Group Holding to match faces with photo identification and cross-check pictures on different documents, the New York-based group said on Thursday. The app also takes a host of other data points — from electricity and smartphone use to personal relationships to political and religious affiliations — to flag suspicious behavior, the report said.

The watchdog’s report sheds new light on the vast scope of activity China is monitoring as it cracks down on its minority Muslim Uighur population in a bid to stop terrorism before it happens. The U.S. State Department says as many as two million Uighurs are being held in camps in Xinjiang, a number disputed by Chinese authorities even though they haven’t disclosed a figure.

“We watch the massive human rights violations in Xinjiang where over a million people are being held in a humanitarian crisis that is the scale of what took place in the 1930s,” he said, according to comments released by the State Department.
Human Rights Watch said that so-called data doors at checkpoints may be vacuuming up information from mobile phones from unsuspecting citizens. Some Xinjiang residents who suspected their phones were being used as monitoring devices even buried them in the desert, a move that could later hurt them if the system loses track of their phone, according to Maya Wang, a China researcher for Human Rights Watch.

“The political reeducation camps are one pen, but then you have a series of bigger pens that are like virtual fences,” Wang said.