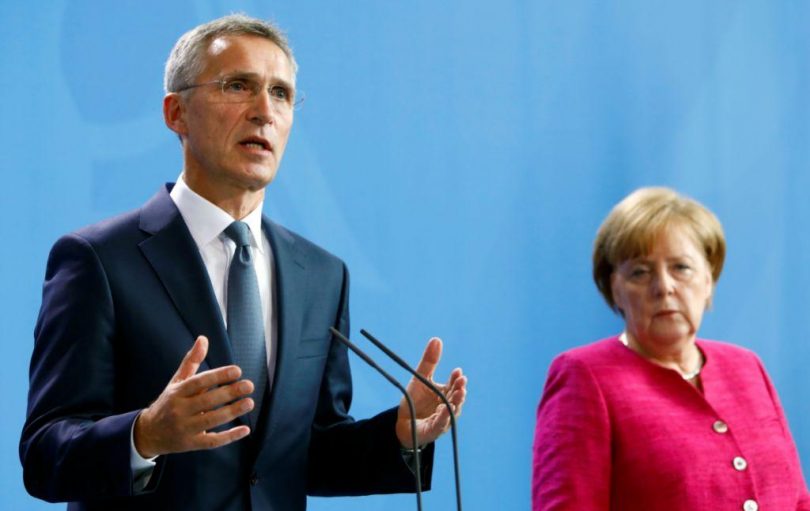 One discordant subject was Germany’s military outlays, or lack thereof. Berlin had promised to hike expenditures to two percent of GDP by 2024—subsequently downgraded to 1.5 percent—but new budget figures indicated that the real amount would be lower still. Germany’s government evidently lacks the political will to put Europe’s defense first.

Without a hint of shame, the German Foreign Office responded to criticism by tweeting: “Germany wholeheartedly supports @NATO. We will stand by our commitments. True solidarity is measured in terms of commitment, not Euros.” Unfortunately, a barrage of bullets and bombs would be more effective than mere statements of commitments against an aggressor.

Germany has been a “problem” for a century and a half. Originally Berlin was overly-militarized and insufficiently restrained. These failings were on dramatic display in World War II. No wonder General Hastings Ismay, the former Churchill aide tapped to serve as NATO’s first secretary general, allowed that one purpose of the alliance was to “keep the Germans down.”

Moreover, decades later when the Berlin Wall came crashing down, the venerable Margaret Thatcher was not alone in opposing German reunification. Some Europeans saw the specter of the Fourth Reich, and one wit explained that he loved Germany so much he wanted two of them.

However, the Federal Republic’s militaristic heritage has not stirred in the years since; even what passes for Germany’s new nationalistic, xenophobic right offers no politician who hints at being Adolf Hitler reincarnated. Certainly, neither avuncular Helmut Kohl, the first chancellor of a united Germany, nor Angela Merkel, who has dominated German politics for more than a decade, acted the part of dictator-wannabe.

Doug Bandow is a senior fellow at the Cato Institute, specializing in foreign policy and civil liberties. He worked as special assistant to President Ronald Reagan and editor of the political magazine Inquiry. He writes regularly for leading publications such as Fortune magazine, National Interest, the Wall Street Journal, and the Washington Times. Bandow speaks frequently at academic conferences, on college campuses, and to business groups. Bandow has been a regular commentator on ABC, CBS, NBC, CNN, Fox News Channel, and MSNBC. He holds a JD from Stanford University.