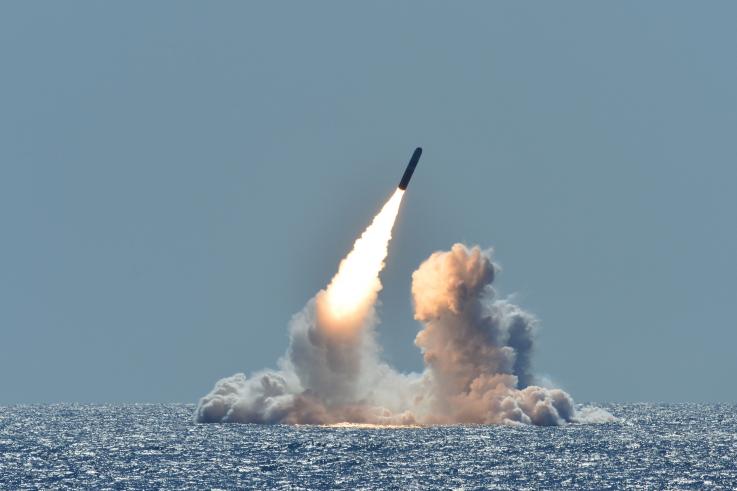 Russia has accused the United States of quietly reclassifying nuclear weapons systems in a potential bid to hide the true scale of its strategic arsenal, which is limited by a treaty between the two leading powers.

Speaking at the 2019 Carnegie International Nuclear Policy Conference, Under Secretary of State Andrea Thompson countered on Monday the notion that President Donald Trump was “disinterested” in extending the 2010 New Strategic Arms Reduction Treaty (START)—an agreement expanding the original 1991 START I designed to reduce the U.S. and Soviet nuclear stockpiles. She argued, however, that “we have two years to make the decision on the extension.”

The Russian Foreign Ministry, which has accused the U.S. of deflecting efforts to renew the treaty that expires in 2021, reacted Wednesday to these remarks in a statement “to remind our American colleagues that the extension of the New START Treaty is not a mere formality that will take several weeks or even days, as they want the public to believe” and that “the United States must fulfill all its obligations under the treaty” before entering into talks.

“We have to say that although Washington claims to have done so, in actual fact it only achieved the reduction levels by juggling figures,” the statement contended. “It has achieved the agreed reduction levels not only by reducing arms but also through the illegal and unilateral reclassification of about a hundred strategic offensive systems. That is a serious problem, which must be settled before any discussions on the extension of the treaty are held.”

The terms of START I, signed by former President George H.W. Bush and Soviet President Mikhail Gorbachev shortly before the collapse of the communist superpower, limited both countries to 6,000 deployed nuclear warheads and 1,600 launchers. These included 4,900 warheads for intercontinental and submarine-launched ballistic missiles (ICBMs and SLBMs, respectively), 1,540 warheads for no more than 154 heavy ICBMs and 1,100 warheads for mobile ICBMs.