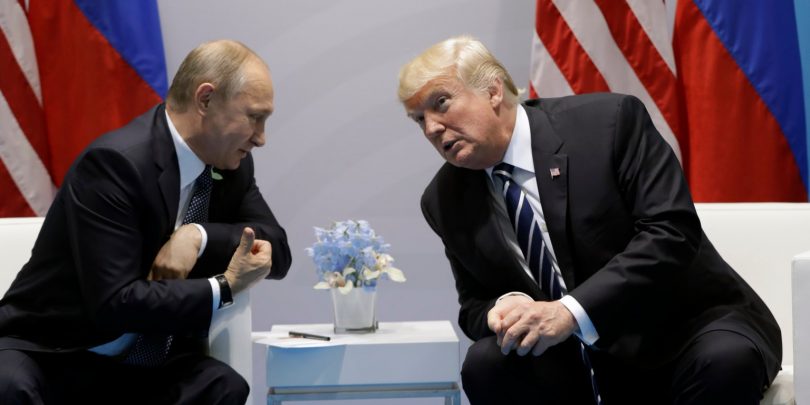 At some point during the Trump administration, Russia told Defense Secretary Jim Mattis that it could use nuclear weapons in the event of a war in Europe — a warning that led Mattis to regard Moscow as major threat to the US.

According to “Fear,” Bob Woodward’s recently released book about turmoil in the White House, Moscow’s warning was in regard to a potential conflict in the Baltic countries of Estonia, Latvia, and Lithuania.

The Baltics were part of the Soviet Union and have deep ties to Russia, which has sought to reassert influence there since the end of the Cold War. Those countries have tried to move closer to the West, including NATO membership.

According to Woodward’s account, the warning from Russia came some time during or before summer 2017, when the Trump administration was haggling over the future of the Iran nuclear deal.

At the time, President Donald Trump wanted to withdraw from the deal, claiming Iran had violated the terms.

Others, including then-Secretary of State Rex Tillerson, pushed back, citing a lack of evidence of any violation. (Trump refused to recertify the deal in October 2017 and withdrew from it in May.)

Mike Pompeo, then the director of the CIA, and Mattis didn’t disagree with Tillerson, Woodward writes, but they responded to the president’s assertions more tactfully.

Mattis, long regarded as a hawk on Iran, had mellowed, according to Woodward, preferring other actions — “Push them back, screw with them, drive a wedge between the Russians and Iranians” — to war.

Russia, Woodward then notes,”had privately warned Mattis that if there was a war in the Baltics, Russia would not hesitate to use tactical nuclear weapons against NATO.”

“Mattis, with agreement from Dunford, began saying that Russia was an existential threat to the United States,” Woodward adds, referring to Marine Corps Gen. Joseph Dunford, who is chairman of the Joint Chiefs of Staff.