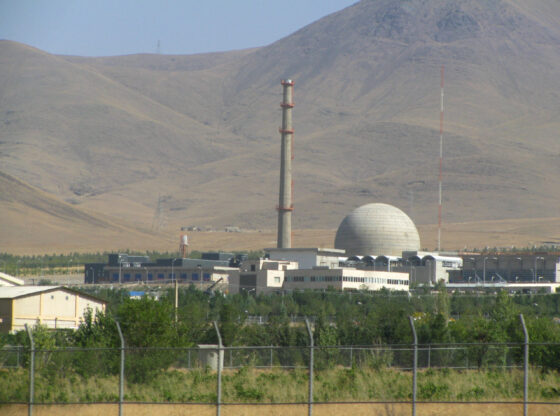 From the earliest days of the Iranian military nuclear program, it was directed primarily at Israel, which the revolutionary regime in Tehran deems an archenemy to be completely destroyed. Its real intentions notwithstanding, Iran has consistently presented its nuclear program over the years as designed “for peaceful use.” Even when, in the second half of 2002, Iran’s two major projects to obtain fissile materials for nuclear weapons were exposed—the Natanz plant for enriching uranium using centrifuges, and its plans to build a plutogenic reactor as a heavy water production plant—the regime claimed that both facilities were intended for energy production as alternatives to exploiting its oil reserves.

In 2003, Iran was forced for the first time to present its developed nuclear projects to the International Atomic Energy Agency (IAEA) and to allow IAEA inspectors access to all its facilities where nuclear activities had been conducted. It also agreed to “voluntarily disable” uranium enrichment at Natanz. Simultaneously, however, Iran was secretly promoting the “Amad Plan”—a highly classified project, headed by Mohsen Fakhrizadeh, to develop nuclear weapons.

In early 2006, in defiance of grave findings by IAEA inspectors in Iran that were reflected in the agency’s quarterly reports, the regime decided to renew uranium enrichment in Natanz—albeit at a rate of less than 5%, which is sufficient only to produce nuclear fuel for power reactors. Tensions between Iran and the IAEA increased in the second half of the decade, especially after it was revealed that the regime ad set up an underground uranium enrichment facility at Fordow, aplant originally designed to enrich uranium for nuclear weapons. Iran acknowledged the existence of the facility in 2009. In late 2011, it began enriching uranium at a rate of 20% on the pretext that uranium at that enrichment grade was required to produce nuclear fuel for Tehran’s research reactor.

Read more at The Begin-Sadat Center For Strategic Studies