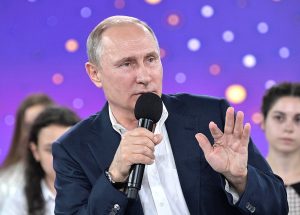 Russia will hold its next presidential elections in March 2018, and current president Vladimir Putin has yet to announce his intention to run. Russians are accustomed to Putin’s late announcements of his candidacy (as occurred in 2004 and 2012), and he is widely expected to run. He will almost certainly win, but will have to find ways to handle fundamentally different domestic circumstances both during the election and after it.

For the past several years, Vladimir Putin’s government has been facing major challenges both at home and abroad. In terms of foreign policy, Russia experienced several serious failures. In 2014, when the Euromaidan took place and Russia grabbed Crimea and supported separatists in Donbass, Kiev became unequivocally pro-western in its foreign policy course. In the same year, Moldova, Ukraine, and Georgia all signed EU association agreements and stepped up military cooperation with NATO members and other western states.

Moscow has also experienced problems with breakaway territories across the former Soviet space. Russia once used the conflicts in Abkhazia, South Ossetia, and Transnistria to curtail the ability of those countries to enter the EU and/or NATO, but Moscow is having more and more difficulty maneuvering in so many diverse conflicts. Various actors are trying to play their own games independently of Moscow, and anti-Russian sentiment is growing among local populations (for instance, in Abkhazia).

Read more at The Begin-Sadat Center for Strategic Studies